Lately, there has been a lot of buzz around hybrid vehicles. Many major car companies have recently announced that they are converting most of their car lines to hybrid technology. Let’s explore a little deeper into the hybrid vehicle.

The History of the Hybrid

The first hybrid vehicle was developed in the early 1900’s by Ferdinand Porsche and Jacob Lohner. At this time, it was designed to reduce the foul smells and sounds coming from gas powered vehicles. It consisted of an electric motor that fit within the hub of the front wheels and a combustion engine. The electric motor drove the front wheels while the gas engine powered the generator that recharged the batteries for the electric motors. This vehicle was soon discontinued due to the high production costs. 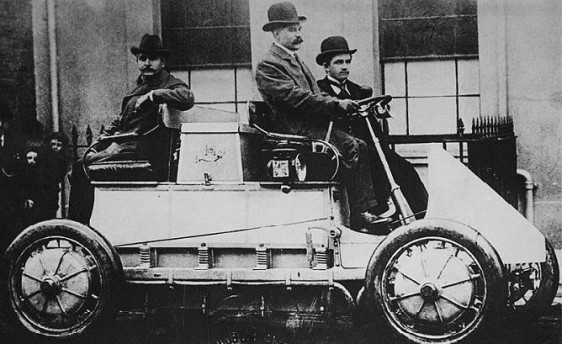 What is a Hybrid Vehicle?

A hybrid vehicle is not just a catchy buzz word automotive companies use to get more publicity. OK, well, maybe a little. The word hybrid means “a thing made by combining two different elements; a mixture” (according the google dictionary). A hybrid vehicle is a vehicle that is driven by a mixture of both an electric and a gas motor.

How does a Hybrid Vehicle Work?

Hybrid vehicles work in a variety of configurations. As stated before, the hybrid vehicle is powered by both an electric and gas motor. The electric motor is powered by a battery separate from the standard battery and is usually substantially larger than the traditional battery found in the engine bay. It takes a large amount of energy to move a vehicle (trust me, I’ve pushed my fair share of cars to the side of the road); therefore, the larger battery is needed to ensure there is enough energy to power the electric motors and move the vehicle.

Even with the larger battery, it is still depleted very quickly due to the large energy demand. To remedy this issue, the battery is constantly being recharged using a gas-powered generator, regenerative breaking, an inlet plug or all three.

A series hybrid is the simplest configuration for hybrids. In a series hybrid, the wheels are powered directly by the electric motors, while the electric generator, which keeps the battery charged, is powered by the gas motor.

A parallel hybrid uses both the electric and gas motor, together, to power the wheels of the vehicle. With this configuration, the electric motor can help compensate when the gas motor is less efficient, such as driving at lower speeds or while stopped.

Using a smaller battery helps lower the cost on these vehicles.

With this configuration, the vehicle can adapt to the driver’s conditions to provide the most efficient structure. This hybrid is the most expensive because it requires a bigger battery to function in series and more computer programming to manage both configurations.

Hybrids can be split into many categories. Some of the newer categories have been generated more for publicity than actual functionality. The three main types of hybrids are the full hybrid, mild-hybrid, and plug-in hybrid.

The full hybrid vehicles have the ability to be driven strictly on electricity. The gas engine’s primary purpose is to power the generator, which keeps the battery charged.

Some full hybrid vehicles have the option to run in full electric or work in parallel with the gas engine to help move the vehicle. Common full hybrids are the Toyota Prius, Honda Accord Hybrid, and the Ford Fusion Hybrid.

The plug-in hybrid is the closest to a full electric vehicle. Plug-in hybrids are usually full hybrid vehicles with bigger batteries and have the ability to be charged using an outlet connected directly to the battery. This feature makes the battery in a plug-in less dependent on the gas motor.

With a larger battery, the plug-in hybrids can usually hold a charge longer when in full electric mode before the gas motor is needed for the generator. Some examples of plug-in hybrids are the Toyota Prius PHEV (plug-in hybrid electric vehicle), Chevrolet Volt, Mitsubishi Outlander P-HEV, and the Ford Fusion Energi.

Hybrids are a great technology and can have many benefits. However, with the technology still being new to the market, you do take on risks owning one. To learn more read Things to Consider Before You Purchase A Hybrid.

I hope now you have a better understanding of what a hybrid vehicle is and the different types on the market. If you have any questions or comments drop them below or send us a message here. We’d love to hear from you. And remember – knowledge is the key to a fair repair.